The core of the CueAssist system is the concept of a cue. Each cue has a set of properties that are used to program how and when it is executed, how it affects other cues that may already be playing, how the cue affects cues to be played after it, and also what events are triggered by the cue and when. Shown below is the cue properties setting dialog. 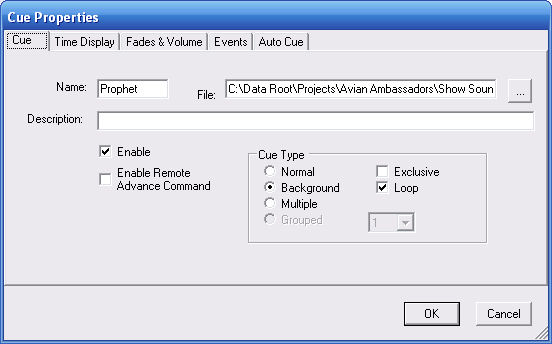 CueAssist has an on-screen count-down clock that may be used to provide feedback to presenters of the time remaining for a particular cue. This feature is useful for pre-show music cues. Shown below are the properties that control the time display. 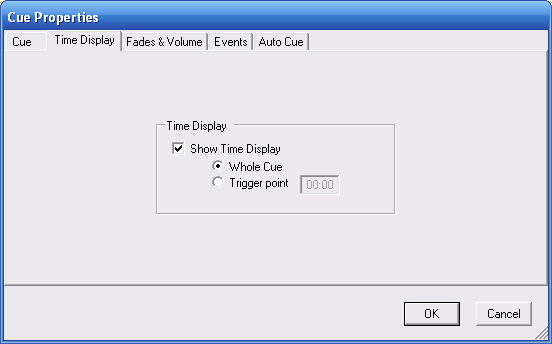 Each sound cue may have a fade in and fade out time selected. The audio level and the panning of the audio are also a part of the cue properties. 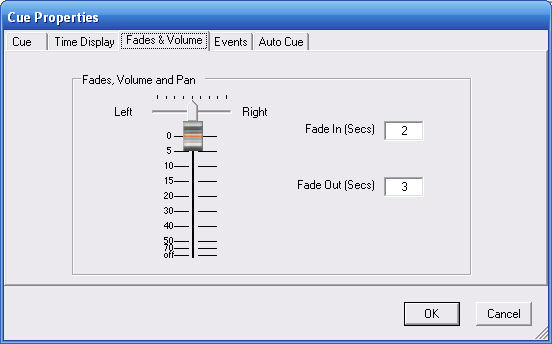 Each cue may have one or more events (release box triggers) attached to it. The events are controlled with these properties. 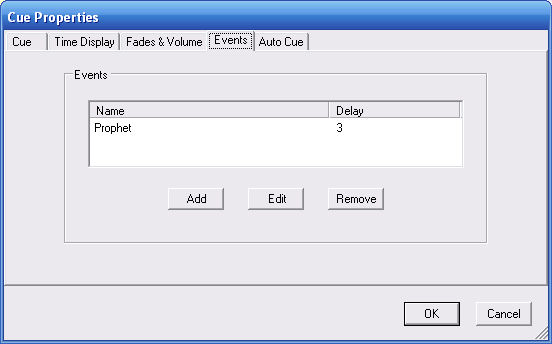 Finally, a cue may be programmed to start another cue when it completes. The cue started may be the next in the list or any other cue in the list. 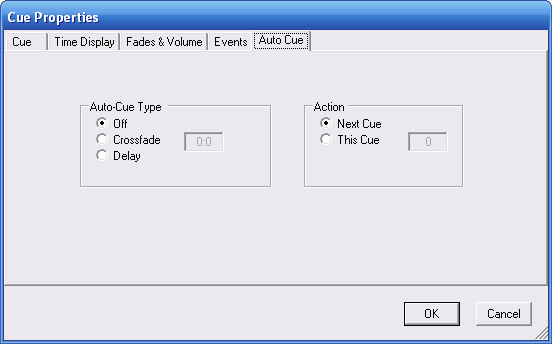 This site and all content is the copyright (2003 - 2013) of Sid Price, unless otherwise explicitly stated.